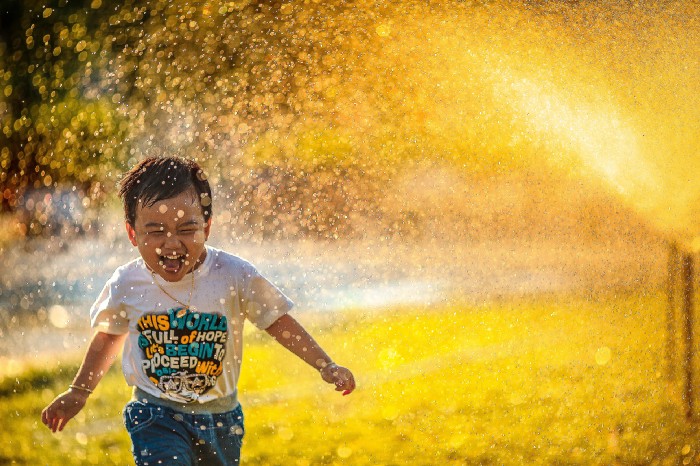 Germs will never be eradicated. People will always get sick, catch colds and flu and pass them on unwittingly. Maintaining good health is the best way to avoid getting ill. It means you’ll be able to fight off the germs that make us sick. Looking after your immune system requires more than just a good diet and regular exercise. Evidence is beginning to show that your state of mind impacts your health too; possibly just as much as diet and exercise. Simply put, a positive attitude is linked with good health. Happy days lead to healthy bodies.

Entering our ‘sunset years’, could be considered a depressing time of life. Our bodies start to become less able, our minds less sharp. Yet we have a say in how quickly our bodies and minds decline. It appears our health in the later stages of life is impacted as much by our attitudes as other factors.

One study by the University of Queensland’s School of Psychology found that elderly people — between the ages of 65 to 90 — that chose to focus on positive memories and information had higher CD4 counts and lower CD4 activation. That’s not to say that the healthier participants of the study had more positive experiences and input in their lives, just that that’s where they chose to put their attention more of the time.

CD4 is the protein found on our immune system’s cells. The main role is to communicate infection to our other cells, like the CD8 ‘killer cells’ and help to destroy an invading infection. This protein is a member of the immunoglobulin superfamily and one of our first defences against disease. When CD4 becomes depleted we are left more vulnerable to illnesses that we may otherwise be able to combat.

While the study focussed on people in their later stages of life, it is likely that our CD4 count is similarly affected by a positive or negative attitude towards life at younger ages too.

A positive outlook and your immune system

Our ‘feel-good chemicals’ — oxytocin, endorphins and dopamine have a physical effect as well as psychological ones. Oxytocin for example — a neuropeptide that is often referred to the ‘hug hormone’ is not only integral for our feelings of connection with others, it also modulates our heart rate, reduces blood pressure and decreases the vigour of your heart’s contractions.

Dopamine, another hormone related to our mood, and commonly referred to as the bodies ‘reward chemical’ plays a big role in our muscle movement. It helps our brain’s messages reach our muscles by the most direct route — thus speeding up our reaction times. A deficiency of dopamine can result in uncoordinated actions and conversely too much dopamine is related to tics and muscle spasms.

It’s not fully understood how a positive frame of mind enhances our immune system responses, but links to increased secretory immunoglobulins (the CD4s and other proteins related to the 1st line of our immune system’s defences) and a decrease in cortisol naturally happen when we experience positive stimulus. Pleasing smells and images can do this, so can pleasing thoughts.

The impact of negative experiences

Most people have heard how stress adversely impacts our health. High levels of stress, depression and negative thinking push our body to produce chemicals and hormones that deplete our physical resources. Cortisol, testosterone and epinephrine (adrenaline) are produced in response to our feelings of stress and ‘negative’ emotions and thoughts.

While these hormones are necessary for the normal functioning of our bodies, increased secretion or prolonged exposure to them has a negative effect. Too much cortisol, adrenaline or testosterone has been associated with poor heart health, higher levels of obesity and even poor memory.

Yet, we couldn’t survive without a regular dose of them in our systems either. For example, in a healthy person who is free from undue stress, cortisol naturally builds in their body after midnight. This gradual increase in cortisol is a normal part of the sleep/wake cycle. Cortisol helps us wake in the morning and prepare for our day. Over the course of the day, it should naturally subside.

These waves of hormone secretions — cortisol, serotonin, and a bunch of other body chemistry — are required for us to function properly. However, when our thoughts drift to unpleasant situations or happier memories we influence the levels of these various hormones in our systems. This very much indicates we are the masters of our health and destinies, maybe more than we thought.

Where your mind goes, your health follows

Dwelling on the worst-case scenario, gets your heart pumping, your breath shallow and your body on high alert to take on the threat you are considering. Similarly, daydreaming about a holiday to somewhere you’d love to relax, will lead your body to behave as though it’s already there. Breathing becomes deeper, your muscles relax and you feel a little lighter.

Being conscious of where our mind is wandering is the first step toward influencing the direction of our thoughts. And with it, our perspective on life. This doesn’t mean ignoring uncomfortable or difficult situations. It does mean actively looking for the silver lining of the dark clouds in your life. For each ‘negative’ way of looking at life, there is a positive alternative. Improving your attitude to life and its challenges will have positive health effects. Even if you do start down the path of thoughts and feelings that are detrimental to your wellbeing, you don’t have to carry on. You can always backtrack or veer off to a different route. So, it’s worth giving it a try — you’ve got nothing to lose.

When things get hard, try this…

We all experience ups and downs. The current pandemic is the perfect example of an exterior situation that is likely to cause stress, depression and feelings of ill-being. Fortunately for us, we have the capacity to look beyond the current situation — whether that’s by contemplating happy memories, imagining a more positive future or seeing the moments of joy, humour and problem solving that difficult issues present.

Don’t feel bad if things sometimes get you down. We all have our stressed-out moments; it would be a bit strange if we didn’t. If we can try to focus on the positive a few times a day, we’ll be doing our immune systems some good and we’ll begin teaching ourselves to be naturally a little more positive. So, when we’ve had a worryingly difficult day, try flipping your response on its head with these techniques…

Turn catastrophizing into daydreaming. Catastrophizing is imagining the worst scenario. The smallest of things can set it off. You might spill coffee on your outfit before leaving the house and then automatically assume the rest of your day is going to be a series of unfortunate events. Try turning it around with a quick daydream — the spilt coffee could be the event that changes the trajectory of your day, meaning you’re in exactly the right place at the right time to meet a personal hero. Or maybe it has you being extra careful and watching where you are going, so you spot a £20 note on the footpath.

Switch magnifying the awful to zooming out for the beautiful. Each moment of each day, we get to choose the area and strength of our focus. Think of it as a magnifying glass. Maybe your partner snaps at you for putting the dishes in the wrong part of the dishwasher and it plays on your mind over and over, clearly demonstrating that things never go to plan for you. Instead, try zooming out from this singular event to the whole of the day, the appreciation of your work colleagues for help on a project, the hug from your child just for being their parent and the comfortable moment chatting with your partner about your dreams. Zoom out far enough to let the little niggles become small details in the wide beautiful tapestry of your life.

Upgrade from black and white to full colour. At times we can have a tendency to see things as good or bad, right or wrong, pass or fail. But life is not black and white — not the people around us, the experiences we have, or the people we are. Instead of polarizing your view with a black & white outlook, switch to colour. Appreciate the finer nuances of yourself, others and the situations that make up your life. A failed attempt provides the information needed to succeed. You might be rubbish at sewing on buttons but bake delicious cakes. A harsh word can be a window into what someone is going through and an opportunity to be there for them.

Step out of the centre to join the whole. We all look at the world from our own perspective, that’s just being human. However, we can sometimes take this to the point of taking responsibility for all the unfortunate things that happen. For instance, a friend cancels plans to meet up and we instantly assume it’s because they don’t really like us. Instead, try stepping back and joining the crowd by putting yourself in someone else’s shoes. Looking at a situation from another perspective opens up the interpretation of events to more positive options — cancelled plans could be because of an unexpected visitor, a forgotten appointment or any number of reasons. The world doesn’t revolve around us, and that’s a good thing.

Each of us is able to choose how we view life. There’s no benefit to sticking your head in the sand or perpetually living in the clouds, but there is in looking for the positive in each situation we encounter. Not every experience will have an immediately obvious upside, but we get to choose how we frame things. It’s in framing our experiences and thoughts that we can choose our attitude and outlook. When we choose to be happy, our body chemistry responds by delivering the hormones we require to maintain good health along with that smile. Choose to be happy and your body will thank you for it.

You can find out more about which cookies we are using or switch them off in settings.

This website uses cookies so that we can provide you with the best user experience possible. Cookie information is stored in your browser and performs functions such as recognising you when you return to our website and helping our team to understand which sections of the website you find most interesting and useful.

Strictly Necessary Cookie should be enabled at all times so that we can save your preferences for cookie settings.

If you disable this cookie, we will not be able to save your preferences. This means that every time you visit this website you will need to enable or disable cookies again.