How To Find Motivation for Anything 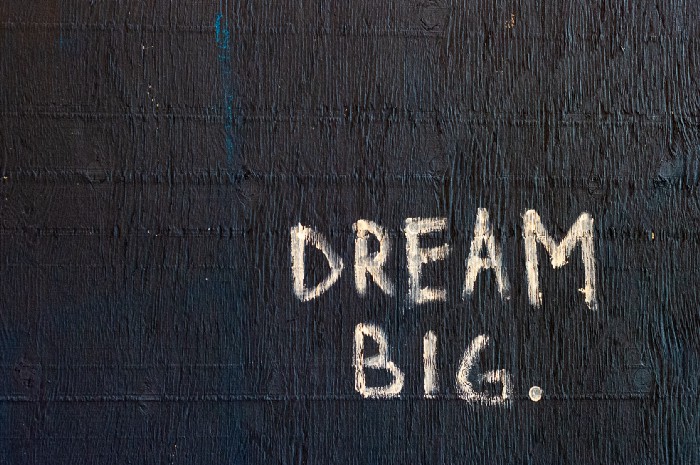 Everyone is spurred to action by different drives. Depending on the situation and your personal preferences, what motivates you in one situation is meaningless, even de-motivating, in others. Finding motivation to spur you on when the road gets tough will help you reach your goals. Understanding the different levels, and uses of our motivators, lets us switch things up so we can keep moving forward.

Recent research into motivation, skill-building, and how our brain responds to different situations can be used to create your own personal motivation plan. These insights can help you start a business and keep it growing. They’ll help you build the skills you need to progress through new challenges. It can also give you permission to take some guilt-free time to recharge and return with increased vigour.

Survival is our most basic drive. The urge to eat, sleep, and be safe, prompts us to actions that meet these needs. This first level of motivation ensures our biological needs are met. The lowest part of our brain — the brain stem — mostly manages these functions. Without our conscious effort, our brain oversees appetite, lets us know when we need to rest, and keeps our heart beating and our lungs breathing.

If we ignore hunger pangs, the hypothalamus at the base of our brain will increase the hormones associated with hunger, so we move from mere hunger to feeling ravenous. It can cause us to consider that piece of hard mouldy cheese in the refrigerator as a viable food option.

Extrinsic motivation — do this to get that — is the second level of motivation. In some cases, it can be used to override our basic drives. This could be to fit in with social expectations, lose weight, get fit or defer pleasure for some other future reward. Our limbic brain presides over much of extrinsic motivation. It weighs the task vs reward with the help of the prefrontal cortex and measures out dopamine in response to the reward we receive.

Most employment relies on extrinsic motivation. You trade your time and skills for a reward, or to avoid punishment. It’s worked well for hundreds, if not thousands, of years. It’s what most of our societies and workplaces are built on. But it doesn’t always work.

Up until the 1950s, most people accepted that these two motivators — survival and reward/punishment — were what drove people to any kind of action. Henry Harlow’s experiment with monkeys alluded to a third, ‘higher’ intrinsic motivation. But it wasn’t until Edward Deci began researching and experimenting further with Richard Ryan that these views began to be seriously considered.

Intrinsic motivation has come to be accepted as our third and possibly most influential motivator in recent years. It is closely linked to innovation, creativity and knowledge work. Intrinsic motivation is the drive you get from the simple pleasure of completing a task or figuring out a puzzle. It’s what prompts people to complete Sudoku puzzles, crosswords, paint portraits, landscapes, write books, or build new computer systems.

Deci and Ryan are two of the most notable thinkers and researchers in this area of human psychology. They’ve been studying intrinsic motivation for over three decades. Their findings could, and should, change the way we work and move through society.

Much of what they’ve discovered is stunning. Such as, intrinsic motivation can cause us to try harder, persist longer and attain master levels of skill.

Because it is a relatively new area of study, brain mapping is yet to pin down the exact areas that hold intrinsic motivation, although it is hypothesised that it uses our dopaminergic areas. The higher later evolved parts of our brain — the prefrontal cortex — may be driving the intrinsic motivation and ‘flow’ states of mind.

Self Determination Theory (SDT) proposes we have three innate psychological needs: competence, autonomy and connection with others. It is argued that these needs are behind intrinsic motivation. When we combine extrinsic motivators — regular pay, or some other reward for a specific task — with these three psychological needs we can hit the sweet spot for motivating ourselves further, faster and longer.

In terms of creating workplaces conducive to creativity and innovation, that means providing rewards that are in line with market standards (or slightly above), leaving people to get on with the jobs they have been given and creating a culture that supports connection and personal accountability.

When it comes to self-motivation, we can tap into these same drives by giving ourselves a small reward for specific tasks or completing parts of tasks. Being open to collaborating with peers and mentors (connection) while making time to work on parts of a project alone (autonomy) also helps. As does securing time to practice a particular skill or set of skills that help us perform a certain task better (competence).

Making use of an experienced mentor or coach to help develop specific skills can often combine our self-determination needs with extrinsic motivators, boosting us to achieve far more than we could alone.

If we focus only on rewards, we can rob ourselves of intrinsic motivation, sapping the meaning and joy from a path we chose freely.

If you are starting your own business, or building one towards expansion, there’s a lot to do. Initially, motivation might be high. Opening a new venture is exciting and easily likened to an adventure. While you’ll rely on skills you already possess, it’s highly likely you will also need to develop further skills to reach success.

Tapping into your motivation will be key to sustaining effort and acquiring new skills. While it may be simple for you to find the motivation to learn some skills, others may be more difficult.

In these cases, you’ll need to tap into the right kind of motivation to build the skills you need. It’s helpful here to return to the three tenants of SDT — autonomy, competence and connection — from the viewpoint of what building skill actually is.

As Daniel Coyle puts it in The Talent Code, ‘Skill is myelin insulation wrapped around neural circuits that grow according to certain signals’.

When we’re trying to build skills it’s best to break tasks down into component parts, practice, fail, correct course and trying again — this process helps direct the placement of myelin on the brain circuitry related to the specific skill. But it takes enormous amounts of energy.

Regardless of the motivation you tap into and effort you make, we all occasionally lack the energy needed to push through difficult decisions — especially when it requires will-power.

Sadly, will-power is finite and our brain doesn’t differentiate between social will-power (not telling your Mother-in-law to ‘do one’ when she annoys you) and the will-power needed to push through new challenges and reach the other side with greater skill.

There are a few things you can do to avoid depleting will-power. Keep blood-sugar levels up, schedule difficult tasks for earlier in your day, and recognise that some days are better than others. When you find yourself bending to temptation or making poor decisions, taking a break is the best course of action.

To sustain motivation, employ the SDT tenants and pair them with the three levels of motivation in a way that feels good to you. Choose a coach or mentor you respect to spur you on and guide your effort. Remember to give yourself a break when you’re reaching your capacity. It gives your brain a chance to consolidate the newly acquired skills and teachings. We all need to re-charge at times so we can get back to building a business, skill or side-hustle fresh and ready to take on the next challenge. By understanding what motivates you, tapping into your innate drives, and using a coach to guide your way, you can do far more than you may dare to dream.

You can find out more about which cookies we are using or switch them off in settings.

This website uses cookies so that we can provide you with the best user experience possible. Cookie information is stored in your browser and performs functions such as recognising you when you return to our website and helping our team to understand which sections of the website you find most interesting and useful.

Strictly Necessary Cookie should be enabled at all times so that we can save your preferences for cookie settings.

If you disable this cookie, we will not be able to save your preferences. This means that every time you visit this website you will need to enable or disable cookies again.